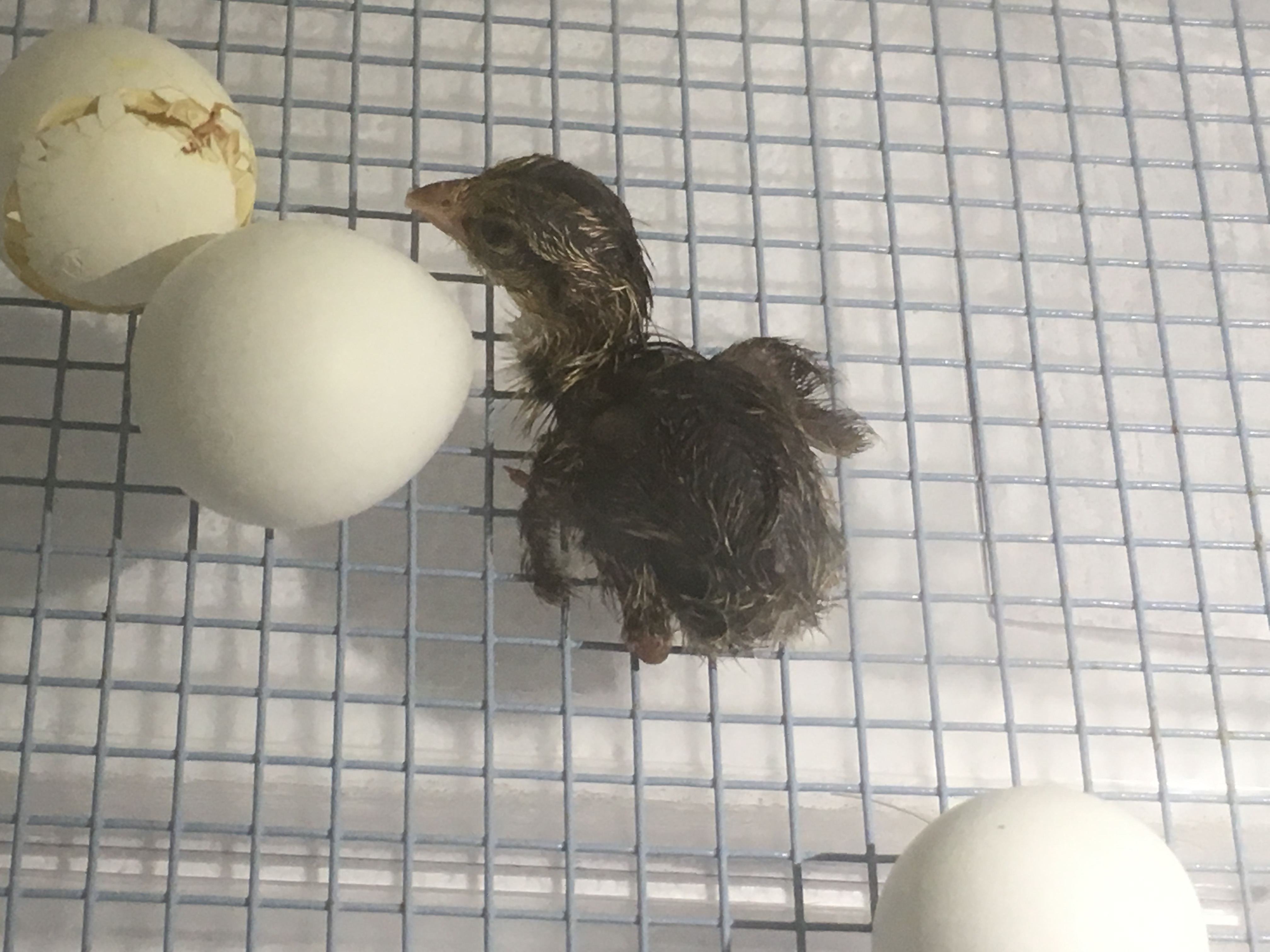 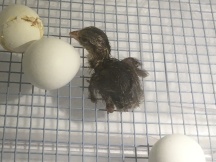 As I lay awake early this morning, thinking worrying about Henry’s appointment with the surgeon, I heard a little “chirp.” My radar is on high these days, listening for strange noises that Steve the Norway rat might make, but this little chirp didn’t sound like a rat. Steve is more likely to squeak, I think.

Because I was wide awake, I jumped out of bed and ran to my office, where I have my incubator set up. I hadn’t posted anything about this recent attempt to incubate eggs since my last two efforts were so disappointing, but 25 days ago I received a shipment of Wisconsin Bobwhite quail eggs, BY MISTAKE. I’d found a “poultry farm” online who happened to be located in Wisconsin, not too far from where my mom lives. It sounded quaint, so I inquired about their egg shipping policies. My plan was to order some eggs to be delivered in July or August, but 3 days after I made my inquiry, a postal carrier appeared at my back door with a box of eggs. Someone messed up. I didn’t have the heart to send them back or throw them away, so I set up my incubator one more time. The “quaint little poultry farm” turned out to be an egg broker.

I decided to incubate them. This was my third attempt. Would 3 be the magic number? Or would I be heartbroken one more time? I chose to stay quiet about it, didn’t post anything and didn’t tell many of my friends, mostly because I didn’t want to jinx it.

Sooo, this morning when I heard the chirp, my heart fluttered, I grabbed my flashlight and peered into the incubator. Bumbling around on the wire mesh was this wet little hatchling. I’ve never hatched Bobwhite quail before, but he looks like the Japanese quail hatchlings I’ve had.

I started out with 9 eggs, but three days ago when I removed the eggs from the rotator, I found that one was empty. What? Had it broken? There was no mess in the incubator. Then I noticed little bite marks. Yup, Steve had struck. I have no idea how he got the lid off the incubator. He didn’t leave any traces, just a carefully emptied shell. Sneaky bugger. Putting a brick on top kept him out for the next few days.

The arrival of this hatchling is such a gift, especially after being saddened by the news of Henry’s situation two days ago. I never expected Henry to get sick, and I didn’t think I’d be hatching eggs, but everything happens for a reason, I think. We have a lot to learn about Henry’s condition and won’t know the prognosis until after surgery, I suspect, but we’ll get through it.

We won’t know until later today or tomorrow if the other eggs are going to hatch, but I’m content with my one little miracle. He tells me his name is Bob, Bob White.

6 thoughts on “A Chick Named Bob”