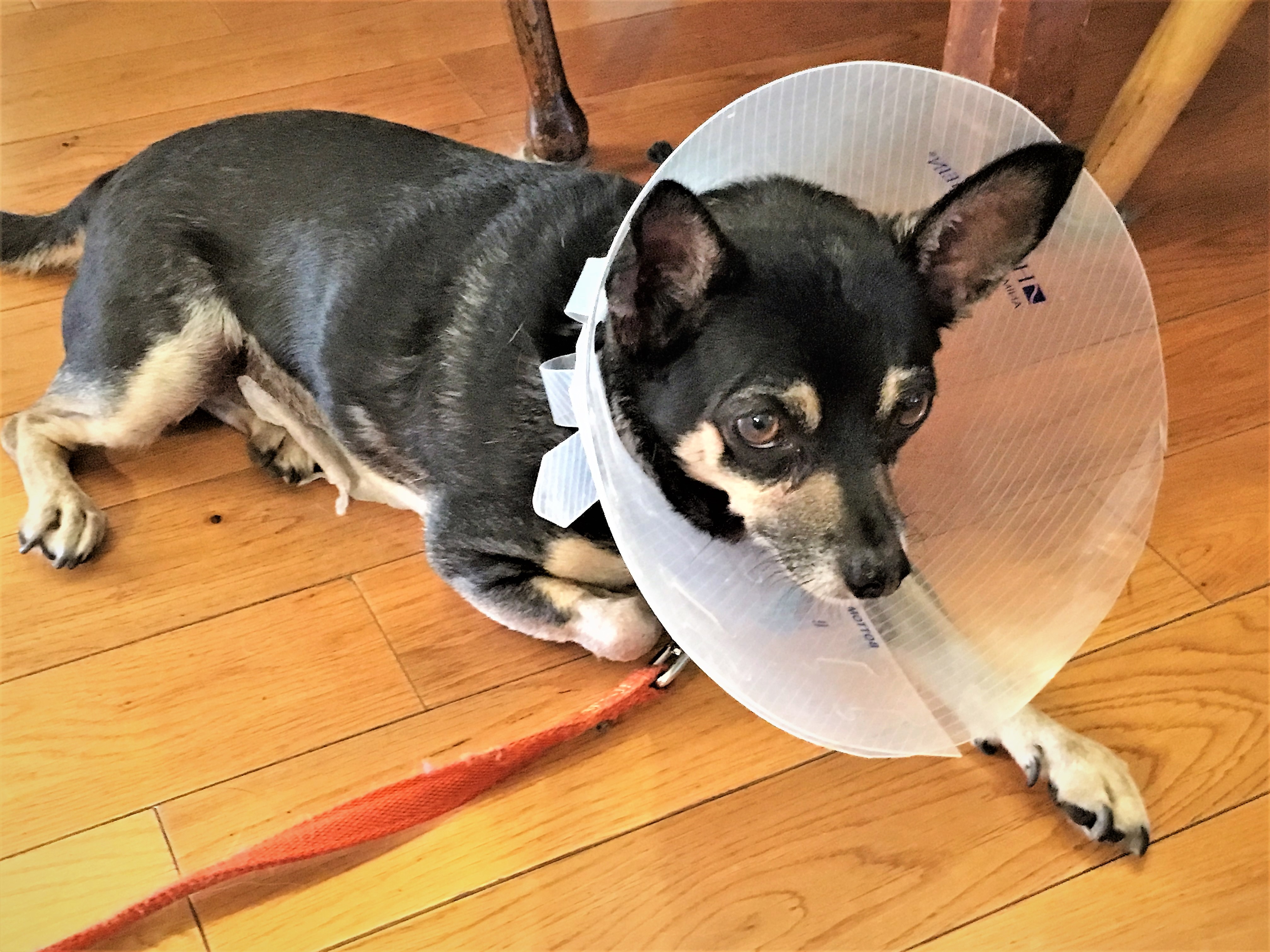 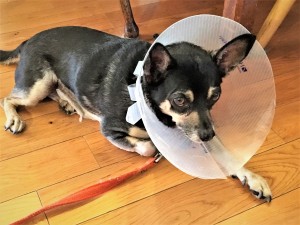 Adenocarcinoma is a malignant tumor originating in the glandular and epithelial tissue (the lining of the internal organs). This type of malignant tumor growth can take place in many parts of the body, including the gastrointestinal system of dogs. It may invade any part of the gastrointestinal system, including the stomach, the small and large intestine, and rectum. This type of cancer usually has a poor prognosis.

Henry doesn’t know anything about adenocarcinoma. He can’t read, and doesn’t understand the word “cancer.” He knows words like “biscuit,” and “good boy.”  Right now he’s wondering why he has to wear “the cone of shame” and stay in his crate. Fortunately, it’s a large crate because it belonged to my first dog, Gus, a German shepherd mix. Henry is familiar with this crate because he eats his meals in there. We have to separate the three two dogs to keep them from eating each other’s food.

The veterinary surgeon called yesterday to tell me that Henry has adenocarcinoma. Although he successfully removed two masses: one from his spleen and one from his stomach, the biopsies from the remaining stomach tissue tested positive for cancer. All I can think is “worst case scenario.”

On August 7, I’ll meet with the oncologist to learn more about treatment options and Henry’s prognosis, but Don and I aren’t sure we want to put him through chemotherapy. For one thing, it’s very expensive, and after the surgery, the well is dry. But more than that, the process would probably be very stressful on Henry and us. When Dixie was diagnosed with intestinal adenocarcinoma four years ago, and given 6 months to live, we passed on chemo for her, but somehow, she lived. Will we have the same good fortune with Henry? I’m not feeling very lucky these days, but Henry lives in the moment, perpetually hopeful, so I’ll keep quiet.

7 thoughts on “My Plucky Pup”