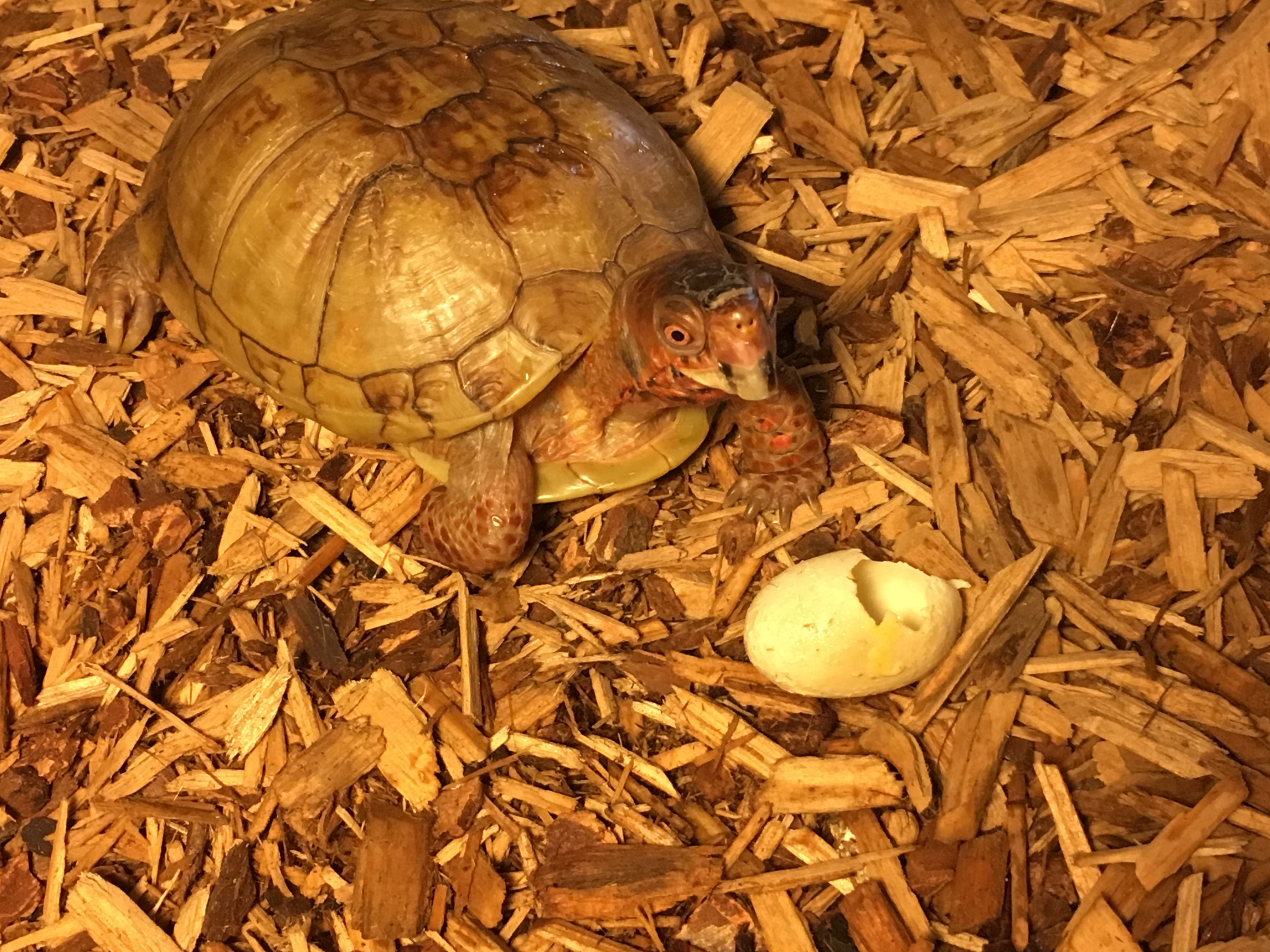 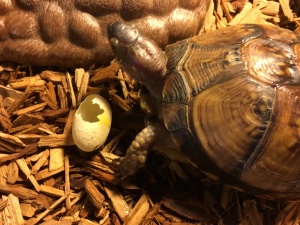 Nine years ago I adopted three Eastern Box Turtles from a friend at the zoo. She had hatched them for her children, but some of her other turtles started  , attacking them, causing shell damage, and she thought it would be best to find them a new home. When she asked if I wanted to adopt them, the words, “Yes! I’d love to!” came flying out of my mouth before I had time to think. I quickly did some research on how to care for Eastern Box Turtles, and decided I’d be a good turtle mom.

The females were both gorgeous, so I named them after two famous beautiful ladies, Dionne Warwick and Raquel Welch. And the male quickly got the name Jonny because he was “a ladies’ man,” like Shaft, John Shaft. He constantly “pursues” the ladies, but he’s just showing affection, and never harms them. I try to tell him he’s their brother, but he ignores me.

Taking care of them is a joy, as they don’t make much mess and never show aggression when handled. In recent years, they’ve gotten more rambunctious, and make a lot of noise digging in their substrate and scratching on the sides of their shoe box, which can drive me nuts, but otherwise, they’re good kids.

During the summer, Dionne and Raquel lay a few eggs. I’ve always dreamed of incubating them, but within seconds of laying one, they eat it. What’s that about? When I find the remains of these poor cannibalized eggs, I clean up as quickly as possible, otherwise ants will swarm the joint, and I have to remove and replace all the substrate to get rid of them. What a mess!

But a few days ago, as I was checking on my retilian children, I spied a slimy egg, still intact. Raquel was just walking away from it. Before Jonny or Dionne could move in for a snack, I grabbed it and carefully placed it in a plastic yogurt container, filled with substrate. 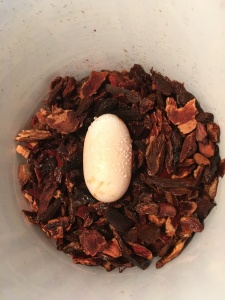 I got my incubator back out of the closet and set it for 80 degrees Fahrenheit. Unlike the quail eggs, which hatch after 21 days (almost to the hour), turtle eggs can take anywhere from 60-90 days. This seems interminable. I’ve never successfully incubated a turtle egg. When I’ve been lucky to find one un-eaten, it has developed a big dent within the first few days, then collapsed, which meant it wouldn’t have hatched anyway. This egg has no dents and no teeth marks, so I’m hopeful.