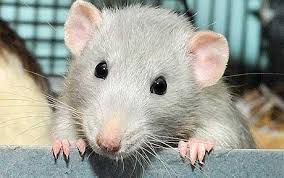 My eyes are always scanning the floors of our little home, mostly because we have three dogs who make all kinds of messes. A couple of days ago, in the early morning light, I noticed a spot near the front door that looked like a puddle of something. When I looked closer, I found it was not liquid at all. It was little pieces of rubber from weather-strip that lines the bottom of the door. What the devil happened here? Something or someone with tiny teeth had chewed off four inches of rubber. The mess was inside, which meant the creature was trying to get out. Had he succeeded? How and when had he come in? Surely his aggressive chewing had gotten him back outside where he belonged. Right?

I went on with my morning and tried not to worry about it. As I fed the dogs my eyes scanned the floor again for evidence of the little guy’s travels. I could see a trail of turds where he’d been behind the couch. Poor little guy, he was just trying to get home. And he’s there now, so I can stop worrying.

Later in the day, as I was cleaning the aquarium of my Red-Eared Slider turtle, Ruby, I heard a peculiar chomping sound coming from the mantle, which is in between Ruby’s and the Eastern box turtles’ aquariums. I’m accustomed to all kinds of sounds from this direction because my three box turtles are very noisy. You wouldn’t think it to look at them, but the two girls make quite a racket, desperately digging holes for the eggs they desperately need to lay. Once they lay their eggs, they typically eat them before they even get cold, but that’s another story.

What was making the weird sound on the mantle? It’s covered with old photographs of our parents and grandparents in their younger days, so I couldn’t see exactly where the noise was coming from. Behind one of the photos was a little someone crunching away at something.

I ran to get my husband. We grabbed brooms, opened the front door and prepared to shoo our visitor out. Don banged his broom handle on the mantle to startle him, but he didn’t appear. After several attempts, we removed each of the photos, and when took the last one, a small, gray rat jumped onto the floor and went under the couch. He was headed in the direction of the front door, and I prayed he’d gone out. I kept my eyes on the floor to make sure he didn’t come back toward us. I tried to convince myself that he’d gone straight outside. Surely, he was a smart rat and remembered all the effort he’d put in the night before trying to chew his way out.

Don and I spent the next hour moving the couch and love-seat so we could vacuum up any rat turdlettes, and get rid of months of collected dust balls. I also cleaned the mantle, where the rat had been snacking on the plastic tag of an electrical cord. That didn’t sound very tasty.

We only found a few droppings, which meant he hadn’t been around long. Don and I congratulated ourselves on our exterminating efforts, and I gave myself permission to stop thinking about the little guy.

But the next morning there were a few dark, little poops on the mantle again. No fair! He had vacated the premises! He didn’t have any right to come back. Rats carry germs in their poo and I was worried about the dogs sniffing them up and getting Hantavirus or the Black Plague.

I had recently watched the film The Borrowers, and remembered the tiny characters that were regarded as pests by the giant homeowners. The little people were nice tenants and didn’t mean the homeowners any harm. Once they got acquainted with each other, they found they could live together peacefully. So, maybe this rat is a Borrower. Maybe he’s not so bad after all?

What is he exactly? Most likely, he’s a Norway rat, which are common in Southern California. I’ve seen them in the bushes, and they’re pretty cute. They have big, shiny, black eyes and large round ears. As cute as they are, we can’t have rats living in our house. They eat things, like plastic and food, right? What if he brings his friends and they attack my turtles? No, this can’t be good. But what can we do that’s humane? I think about people who have pet rats, or Emotional Support rats, and wonder how they feel about trapping and killing. What if someone thought Chihuahuas were potentially dangerous house guests, bringing fleas and disease in their feces? Like the Norway rat, they might bite when threatened. I know how I’d feel if someone wanted to exterminate Henry!! Speaking of Henry…why doesn’t he go after the rat? Is it just Terriers who have that instinct? Maybe we need a Terrier, or a cat.

I’m not sure what to do about our accidental house guest. Yesterday I witnessed the little guy with two of his friends playing and eating in the bushes, where they belong. I don’t want to hurt any of them, but I don’t want them to get comfortable in our house either. What do we do??

6 thoughts on “An Unwelcome Visitor”